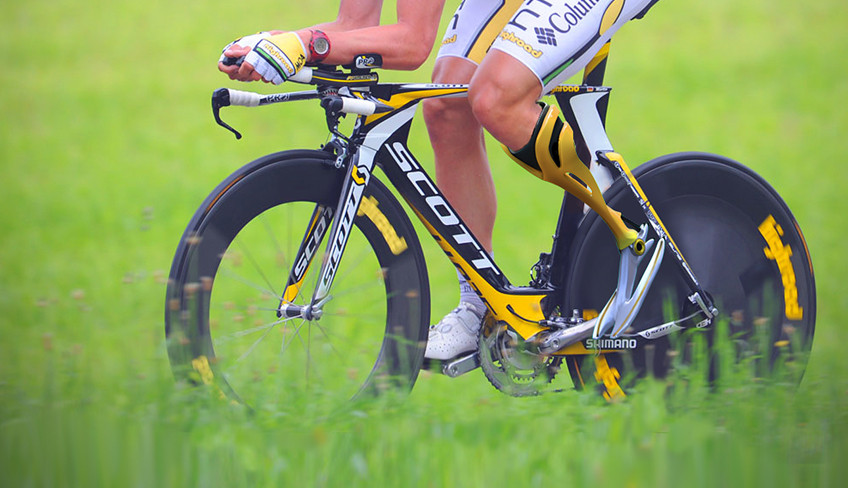 A prosthetic limb and bike pedal that allows amputee cyclists to experience a full range of motion has been named as the U.S. winner of the James Dyson Award. Interestingly, for the second year in a row, the winning design is bike-related–last year’s finalist was the Copenhagen Wheel.

Most protheses are extremely rigid around the ankle and foot, which is great for walking or when you want to stand up straight, but difficult when trying to bike. Biking requires a fluidity of movement, that push and pull of muscle strength, which helps you gain momentum while pedaling. To mimick that muscle power, Cadence uses an elastomeric band which can collect energy while riding. As the foot rotates around the pedal, the stored kinetic energy helps bring the foot and leg back up to the top. (See more visualizations of Astle’s process here.)

The Cadence concept also allows the rider to clip into the pedal, allowing for a more efficient ride. A split toe in the prothesis helps them see where to connect the foot to the clip. And the locking mechanism is made just for amputees, with a clip that’s freed with a backwards motion rather than a pivot of the leg, which is dangerous for amputees. But perhaps most attractive to cyclists is that the prosthetic’s form looks more like the high-tech equipment that they’re using. The sleek shapes and bright colors are more akin to a shiny racing bike or an aerodynamic helmet.

Astle has already won a Gold IDEA award for his concept, which will also be featured in a display at the London 2012 Olympics. You can see the nine other U.S. finalists at the James Dyson Award site. The global winner will be announced on November 8, 2011.