A pair of German designers introduce the Parasite Farm, an indoor gardening system that feeds off your waste. 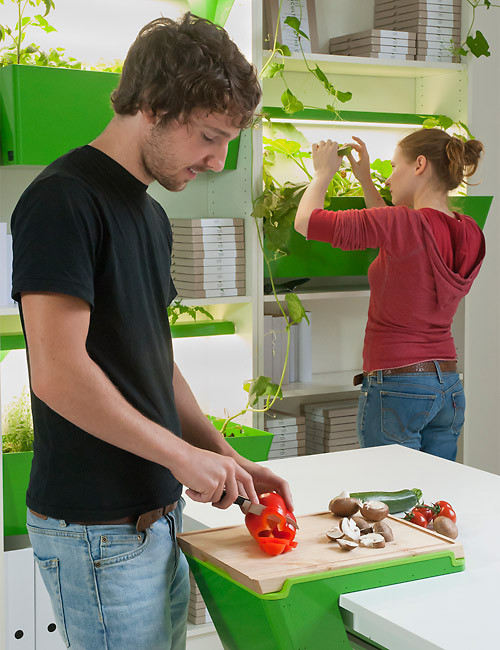 Food accounts for about 13 percent of trash in the United States, the third-largest component behind paper and yard trimmings. Although composting may be the natural extension of recycling paper, metal, and plastic, many urbanites don’t have access to outdoor space or the stomach for composting in their kitchen. Two young German designers have turned indoor composting into a viable option, with an ingenious ecosystem for converting vegetable scraps into soil, which is then used to grow–you guessed it–more veggies.

Charlotte Dieckmann and Nils Ferber’s Parasite Farm (surely not the most appetizing of names) includes a compost bin with a built-in chopping-board lid that can be mounted onto a kitchen table, as well as planters designed to fit into an ordinary bookshelf. Here’s how it works: Once you’re done cutting up your vegetables, simply slide the trimmings into the bin, where worms process them into humus. To harvest the soil, simply shake the grate at the bottom and pull out the drawer underneath; residual water is siphoned into a separate translucent tank for use as liquid fertilizer. Load up your bookshelf planters with soil and seeds, install some grow lights above, and you’ve got a mini farm powered by your own waste. 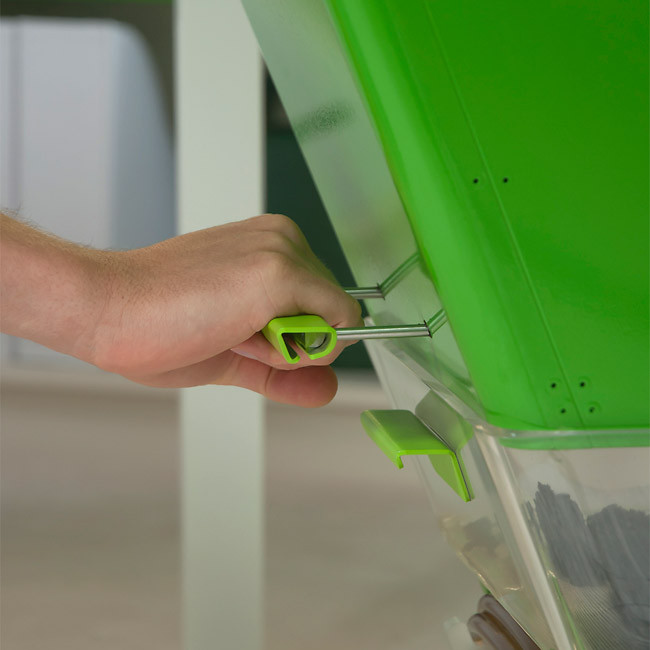 The system is an alternative to tricky hydroponic gardening, albeit a slower yielding and messier one (ick, worms!). Ferber tells Co.Design that he’s looking for a partner to produce the concept, which, after several months of testing, is “working well.” 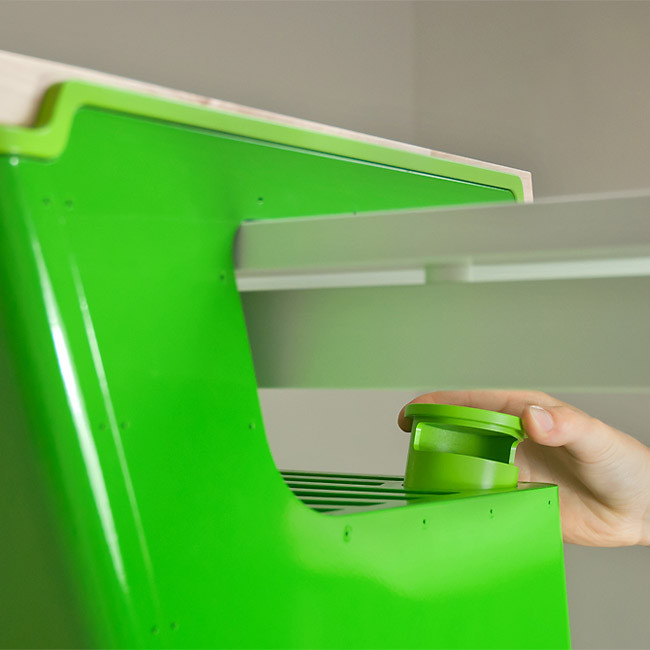 via An Ecosystem For Growing Your Own Veggies At Home And Indoors | Co.Design.

3 thoughts on “ A stilish and amazing indoor Ecosystem | Parasite Farm ”